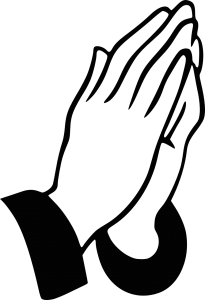 The Beth Salem Church had its beginning in May 1921. When a few members decided not to move with the church to a new location and unite with the Salem Baptist Church. The members who remained organized a Sunday Church School using Brush Harbor by the Knights and Daughter of Tobar for housing. Weekly prayer meetings were held at the home of one of the members.

Rev. Samuel Turner was elected as acting pastor and was permanently elected as pastor on December 10, 1971. Under the leadership of Rev. Turner, the church improved in standards. Many improvements included musical instruments, air conditioning, sound systems, and sanctuary pews. A pulpit was also purchased.

Plans were made to build a new church. At the same meeting, the church decided to have its services every Sunday instead of the second and fourth Sundays. Under his leadership, the church became a beacon; it served as host for the State Sunday, BTUCongress and District Congress. On January 24, 1972, the church purchased land on the northeast side of the old church before it was torn down.

Our church has a fellowship hall named in honor of the late Rev. G. W. Pitts. It was equipped with central heat and air and chairs and tables. It was also sectioned off with classrooms and a kitchen. A lighted spear was set up. The parking lot was repaired, two pianos and an organ were purchased and cushions were put on all the pews.

Rev. Samuel Turner resigned on March 13, 1988, and Rev. Clifford Caldwell was elected as pulpit manager in a meeting until a new pastor could be elected.

On April 14, 1988, our lovely church burned and we had services in Stewart School Cafeteria. Our deacons worked hard along with several ministers to carry on Sunday Services.

Under the leadership of Rev. Faulkner improvements to the church included: a nursery, and a van to transport members to and from church. The parking lot has been extended and a wood fence installed. A picnic table and storage building were placed on the grounds as well. Land across the street was also purchased for more parking space. In addition, we added a canopy and wrought iron railing for our handicapped members.

Other additions included modern equipment for the office, a security system and equipment for our children’s church school. A placement of black art painting was hung as well. The pastor’s office had been remodeled and a sound system for tapes to, be made for special services and Sunday services. The system also had a T.V. in the fellowship hall and the nursery for overflow congregations.

We have been awarding scholarships since 1993.

On January 13, 2002, Rev. Vernon Faulkner announced that he was doing his last sermon.

On February 9, 2002, Rev. Wade Taylor was elected as pastor in charge of our pulpit until we could elect a new pastor of Beth Salem Baptist Church.

The church elected a pulpit committee and they worked hard and in prayer to accomplish this goal for us to elect a pastor. On August 5, 2002, the deacons called a meeting and brought their recommendation to the church for Rev. Rayfield Walker to become pastor of Beth Salem Baptist Church and it was posted.